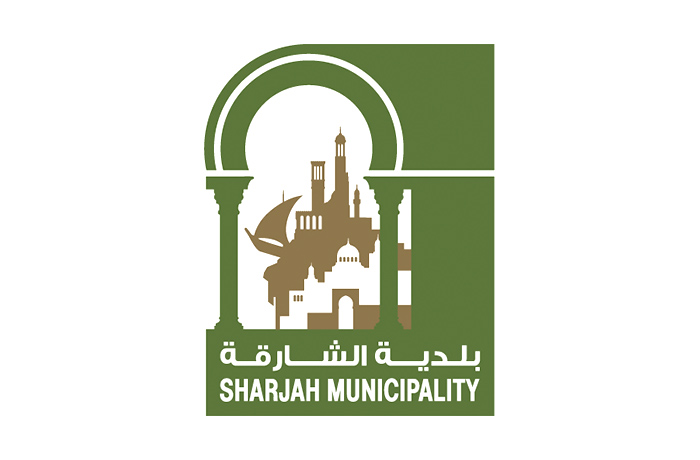 • Partnership formed at GITEX 2017 with Evoteq through its digital implementation division EvoGulf.
• The German software giant SAP was selected as the software provider for the project.
• Project will transform Sharjah into one of the most digitally advanced cities in municipal services in the Gulf region
Sharjah, United Arab Emirates, October 10, 2017: Sharjah Municipality has today reinforced its position, spearheading the most digitally advanced municipal services in the Gulf region, by announcing its decision to deploy SAP’s advanced business solutions across all services, and by forming a partnership for the implementation of these solutions. Through the announcement that was made at the GITEX Technology Week 2017 in Dubai, the Middle East will witness the activation of one of the most ambitious municipal digitalization projects to date, as all of Sharjah’s municipal services, including internal government services, as well as those which are public-serving, migrate to digital platforms. The Municipality formalised its decision to select SAP as its technology provider, following a lengthy deliberation process, which ended in recognition of the company’s globally renowned expertise in software solutions. The Municipality has also formed a partnership with Evoteq , through its digital technology arm EvoGulf, in order to seamlessly implement the digital solutions provided by SAP. EvoGulf is the digital implementation division of Evoteq, a premier technology solutions provider. Evoteq has quickly established itself as a significant player within the GCC’s technology solutions arena, proving itself capable of developing – and implementing through EvoGulf – highly innovative and sophisticated software based solutions to issues affecting modern society.

The announcement of this digitalization project provides yet more evidence of how Sharjah is forging ahead in pursuit of its own digital destiny. It’s an innovation-lead approach which will see all municipal services digitalized. Therefore, as well as all government systems running SAP, all public-facing services will be accessible and operable on an interactive basis via a smartphone, tablet, laptop etc. in ways which truly facilitate everyday life for Sharjah’s citizens.

The agreement will see the digitalizing of all Sharjah Municipality public services on Hybris Commerce Platform, in addition to ensuring the data backup of all business divisions including Finance, Human Resources, Procurement and Contracts to cloud storage systems. This will also integrate all existing e-services and remaining other services such as Public Health, Transportation, Tenancy Contracts and Municipal Inspections. All business partners (contractors, companies, citizens and government entities) will be integrated and connected to this platform, making Sharjah Municipality a single trusted centre for all services across Sharjah City.

H.E. Thabit Salem Al Shamsi, Director General of Sharjah Municipality, said; “It is no exaggeration to say that with this announcement, Sharjah has taken a giant step towards creating the Gulf region’s first fully digitalized municipality. In Sharjah, we are actively involved in pursuing tangible solutions to the challenges that we face and we are determined to be in the vanguard of the digital revolution, always proactively seeking to use digital technology wherever we can to enhance the lives of our people. We have great faith in both the solutions provided by SAP and in EvoGulf’s ability to implement them. We firmly believe that their combined knowledge and expertise will enable Sharjah to make enormous strides towards becoming the digital technology-lead society that we envision.”

His comments were echoed by Tayfun Topkoç, Managing Director, SAP United Arab Emirates (UAE) and Oman, who said; “In Sharjah Municipality, we believe we have found an organisation that shares our ambition, innovative thinking and go-ahead attitude. We look forward to working with them to lay the foundation for a digital ecosystem in Sharjah, which allows the emirate to stay ahead of the curve in terms of technological adoption. We will work in close collaboration with EvoGulf, as we seek to streamline Sharjah’s municipal services, thereby creating a system that is more conducive to citizen engagement.

For EvoGulf, the digital implementation arm of Evoteq, H.E. Khaled Al Huraimel, CEO of Evoteq said; “We are very pleased to enter into this partnership with the Municipality of Sharjah in order to help complete the digitalization of the entirety of its operations, both public-facing and internal. What makes this project unique, is the scale on which it is undertaken. While many municipal digitalization projects have been undertaken in the Middle East, this is the first where the entirety of municipal operations, which include more than 500 commercial and public services, seek to migrate to digital platforms. This partnership is a reflection of how quickly Evoteq has established itself as one of the GCC’s foremost digital technology solutions providers. We are proud to have been entrusted with this enormous responsibility and through EvoGulf’s agility and capability in deploying high-impact solutions for digital transitions, we believe we can make an effective, smooth and fast-paced transition. As we implement this programme, we hope to bring the Municipality’s innovative vision to fruition, while enabling residents of Sharjah to utilise the full potential of these new digitized services. “

As EvoGulf assists Sharjah Municipality in seamlessly migrating the entirety of its services to digital platforms, in addition to streamlining governmental functioning, Sharjah’s residents will increasingly find that the power to deal with administrative tasks, related to life in the emirate, is within arm’s reach. The new services are expected to be deployed across various phases, which will commence from 2018.

As digital transformation across the entire Middle East region gathers pace, the Municipality’s far-sighted leadership has been quick to grasp how advanced technology will not only improve its own operational efficiency but also deliver greater value to all of its stakeholders, be they end-users or service providers. It will achieve this, in part, by using data-led insights and cutting-edge analytics which will allow digital services to be refined and fine-tuned in line with real-world operational usage patterns and trends.